A mural created in the East End district of Houston at Morales Radio Hall. In my mind I wanted to create the mural that served as an altar to memory. Ideally the base of the mural would be a place where visitors could bring items and create a shrine to their lost loved ones. What better metaphor than a huge tree, it has roots and it grows towards the sun yearning for life! The calaveras (skulls) were a natural fit because of the dominant Mexican American population and the fact that it was a funeral home commissioning me to create the work so there is a bit of humor that helps the audience easily read the work. The work is a functional piece created with this utility in mind. It serves to beautify the heart of the 2nd Ward and acts as a flag planted to “never forget” the past.

Being a Chicano artist myself, I knew that I had to act. The East End is a special place in my life (I am a resident) and my goal is to expand and create the sort of narrative works that other Chicano muralists, most notably Leo Tanguma, have created for this community. Many have no arts education or awareness of these notions of gentrification. Much like the Mexican muralists who used art to create narratives for this cross section of people, I strive for this readability. Immigrants helped shape this neighborhood and frequently are under-served by the arts. In this case I took initiative and have been creating street art in the East End since 2013. I plan to continue this type of intervention and plan to create more large murals in the area.” 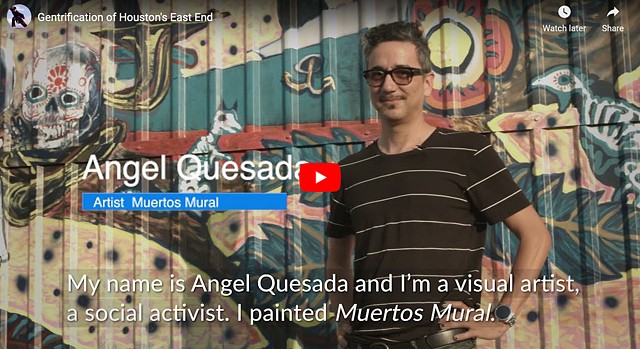 Gentrification in the East End 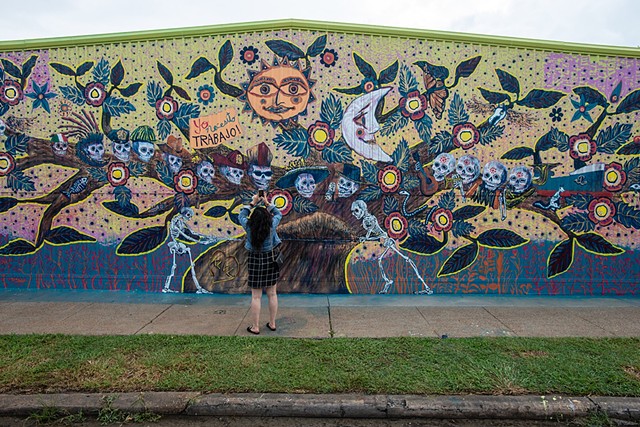 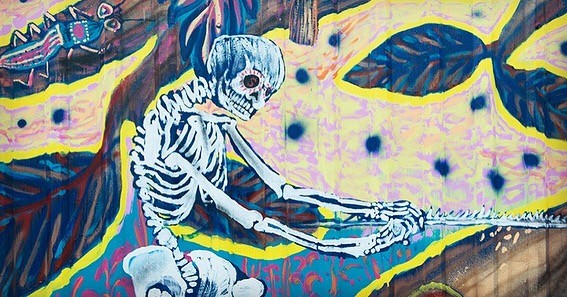 Detail of the mural 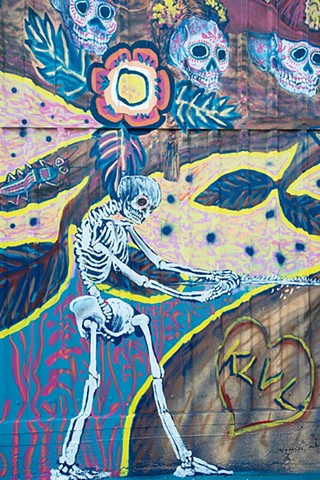 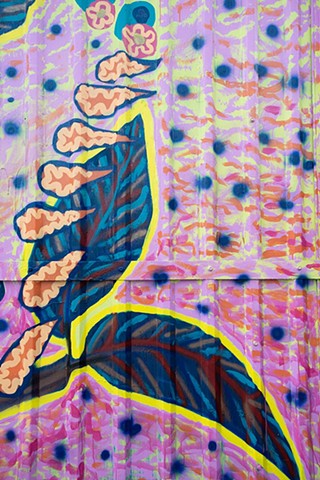 Before shot of the wall 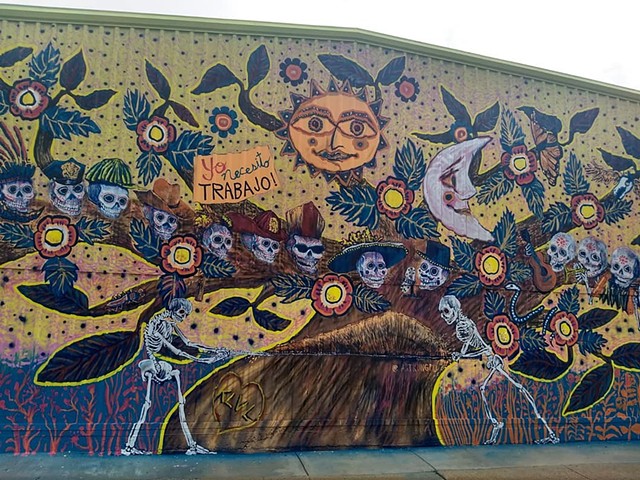 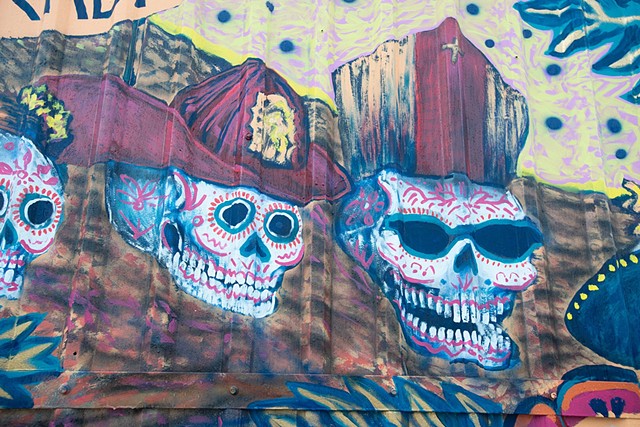 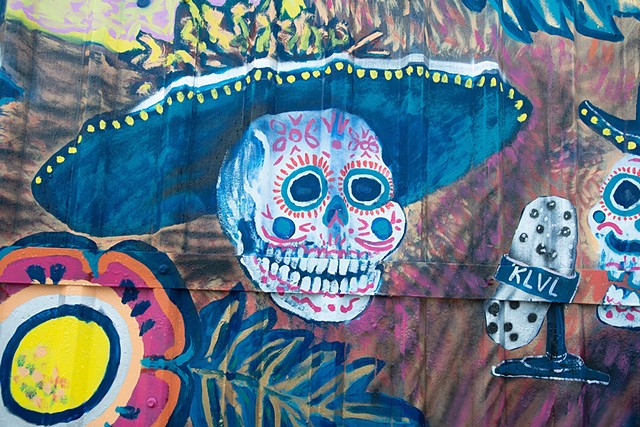 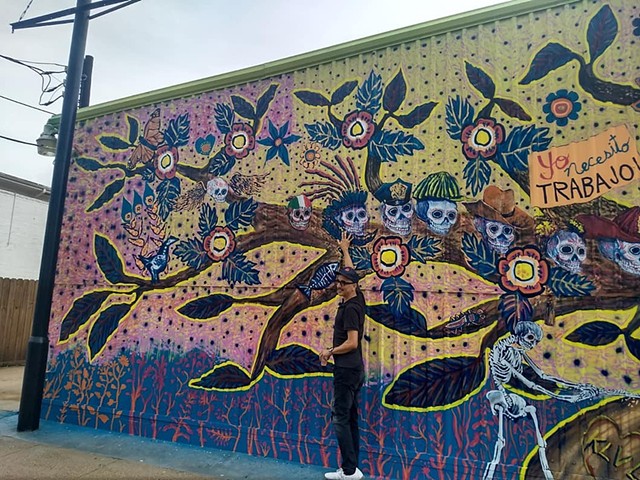 During the artist talk 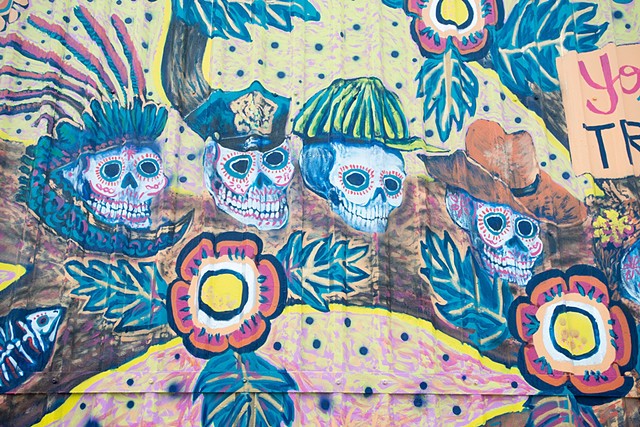 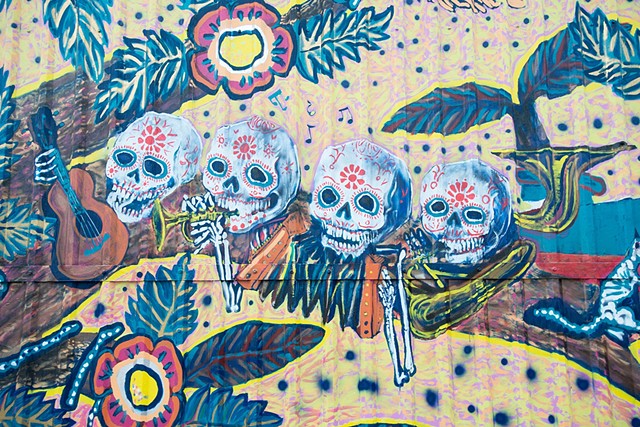 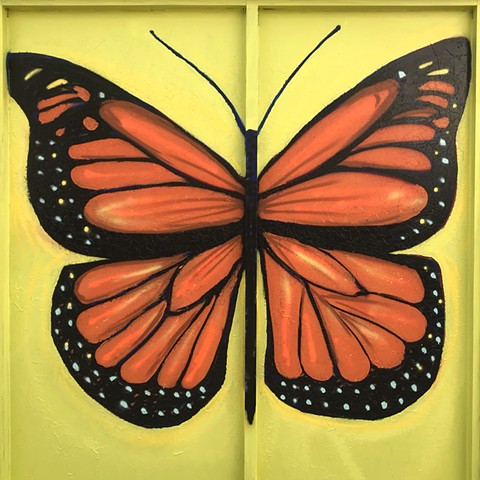