While I painted the other mural on Ennis, "Muertos Mural (Yo necesito trabajo)" Joe Morales had an idea regarding place honoring. He suggested that he had always dreamed of having a piece that screams neighborhood. The Segundo Barrio mural was created on the side of the historic Morales Funeral home's recently refurbished crematorium.

It was a memorable experience. We would get whiffs of embalming fluid which just added layers of memories at the site. My team member Eduardo Herrera and I would meet at 5am or 6am to get started due to the heat! We completed the mural in about a week. While we painted then Atty Gen. Jeff Sessions visited the restaurant across the street, El Tiempo. As he dined a protest of about 20 people gathered and began protesting him being there. We joined in solidarity and took a break from painting . 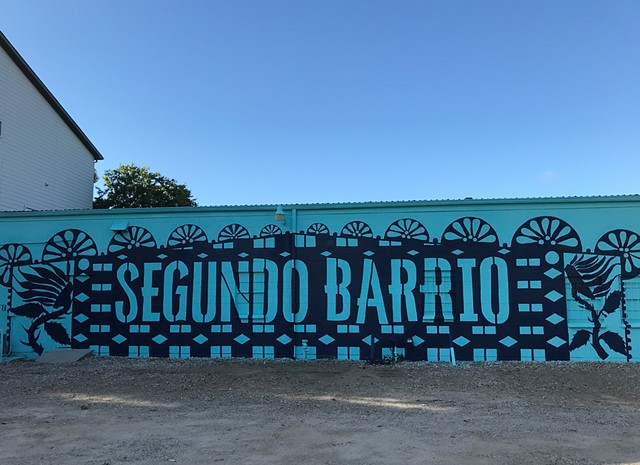 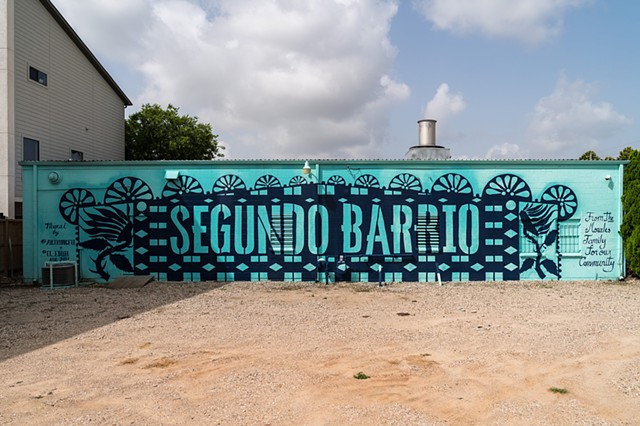 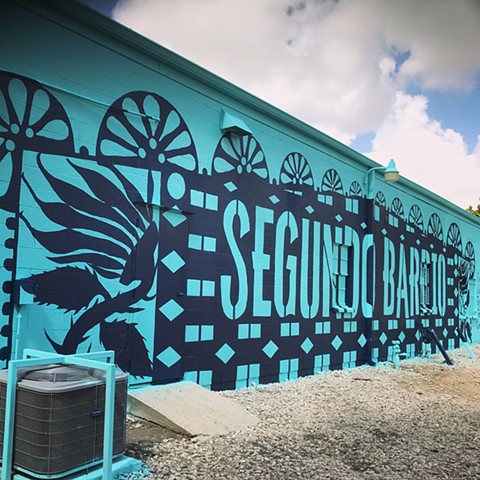 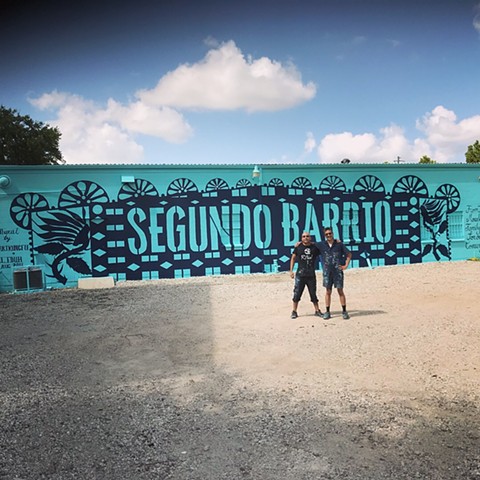 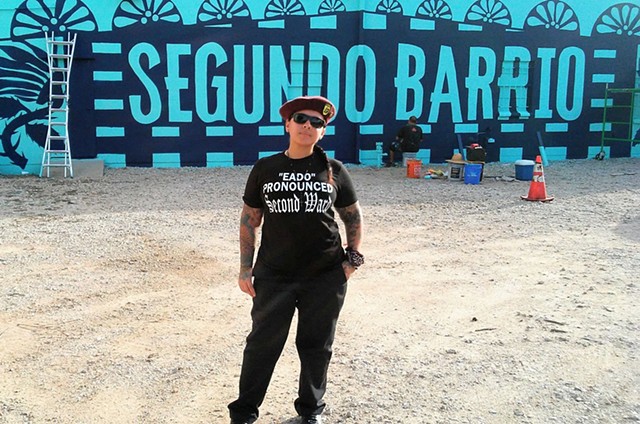