This collaboration was pieced together like an exquisite corpse, the unique composition was created on the side of the art deco styled building at Lawndale Art Center. It was affectionately titled, "F-Team" and was a disparate, yet energetic grouping of people friendly with Daniel Anguilu. Artist allies included: Daniel Anguilu, James Burns, Tierney L. Malone, Angel Quesada, Michael C. Rodriguez, Roland Saldaña, and Dandee Warhol Lawndale Art Center had plans to keep the murals going (having completed one before and 4 after this mural), but unfortunately budget shortfalls and lack of desire to execute such a large work by other artists saw the continuation of the project languish. They currently have letters that read Lawndale Art Center now, no imagery, for now. In this particular configuration I went for an abstract approach on this wall. Incorporating what people responded to, color. Taking from the site what I could incorporate, one of the first items I found at the site was a pack of cigarettes that had a Native American Indian headdress on the package. I even gave it the title of my discovery -"Indian Headdress." I also found a long-lived flag company about a block away and worked flag motifs into it. As I worked, the spectrum of colors I painted became charged and started vibrating. I actually was screamed homophobic slurs at by a couple of pedestrians. That's the power of art to move people, even if they don't get it. 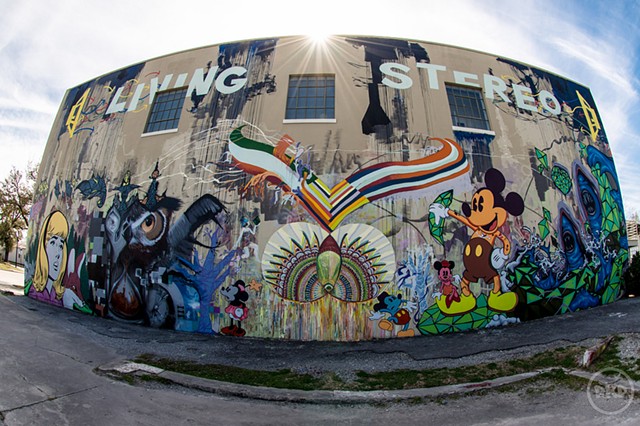 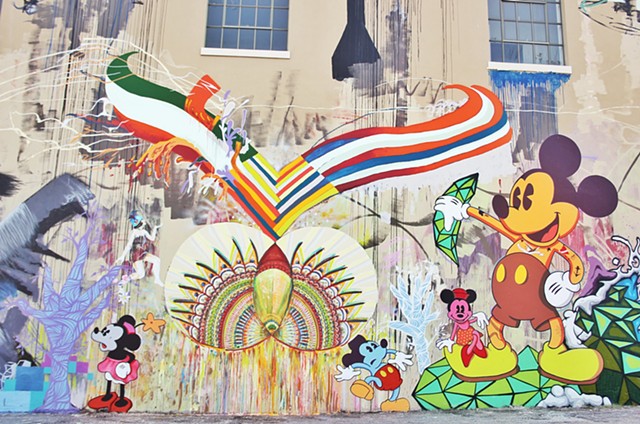 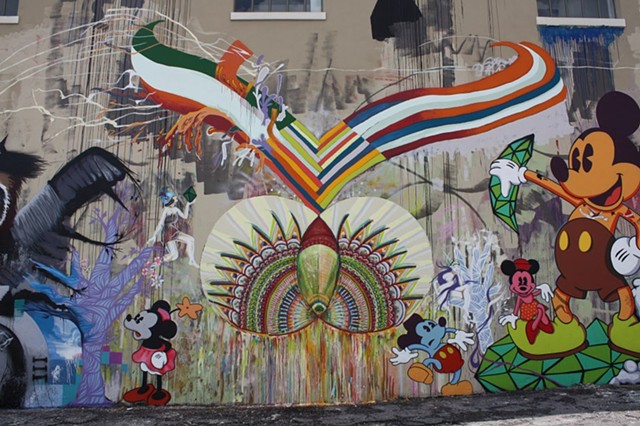 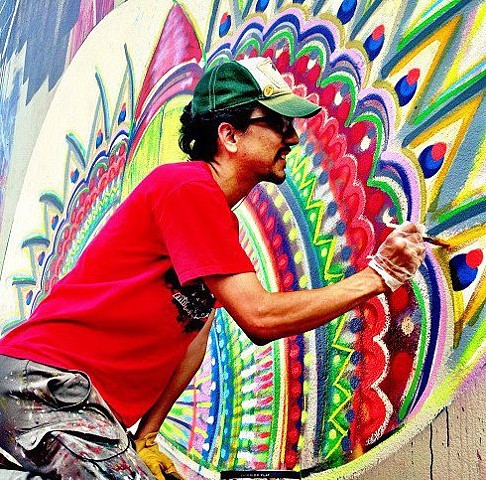 Photo of the artist by Alex Luster 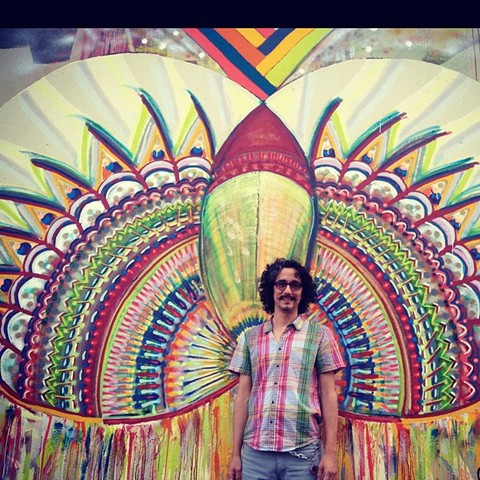 Portrait of the artist 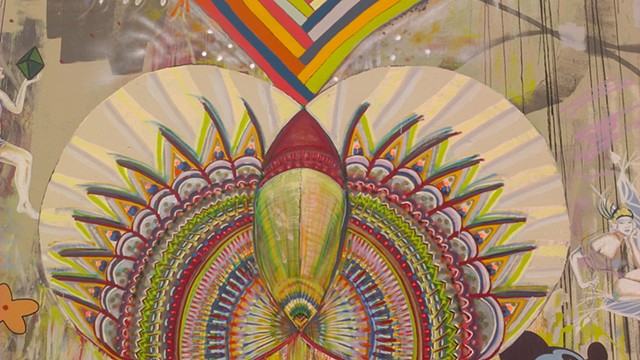 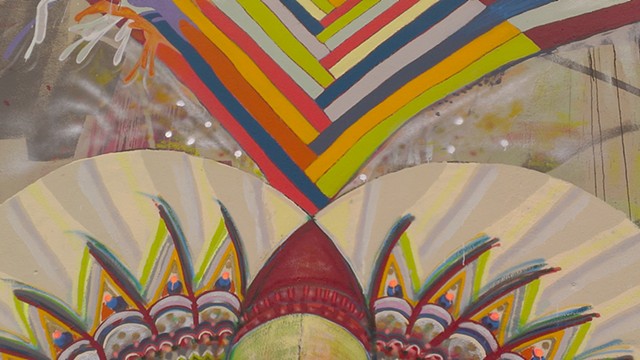 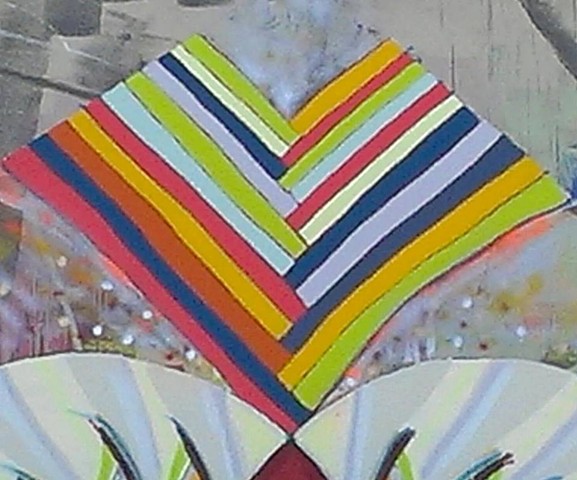 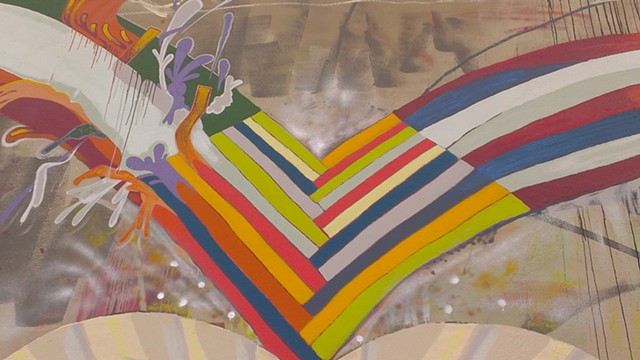 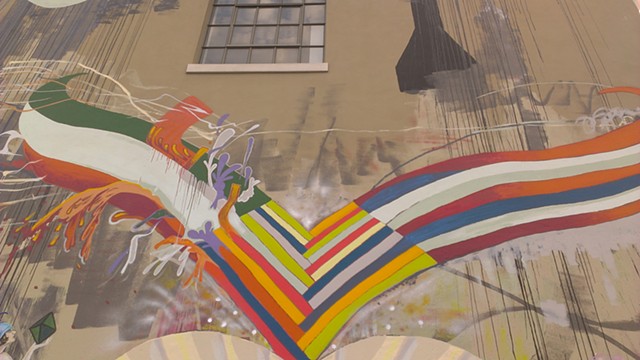 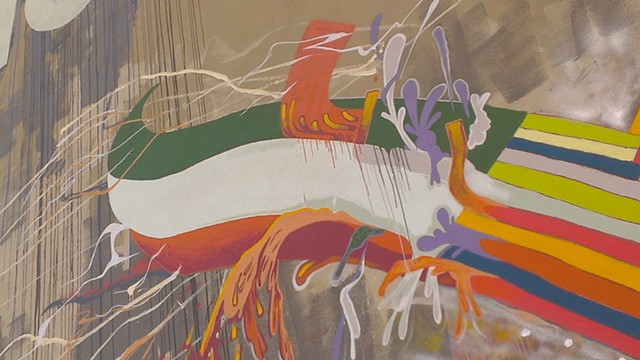 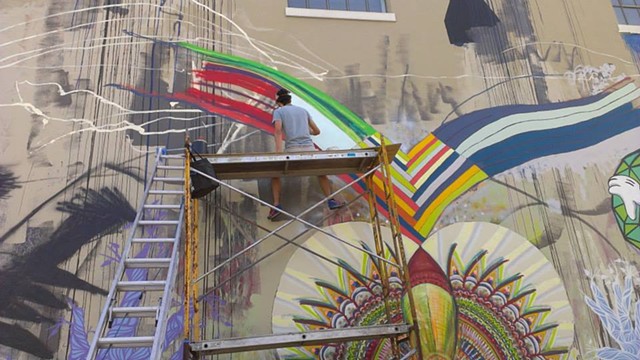 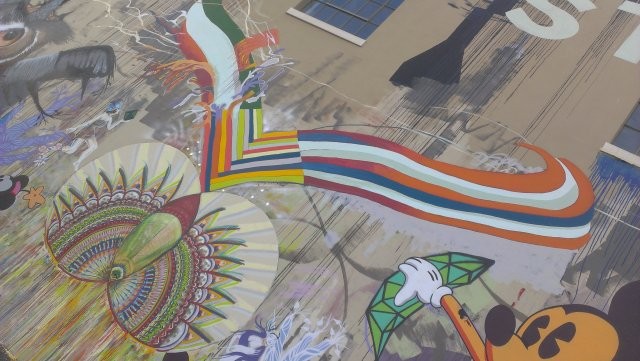 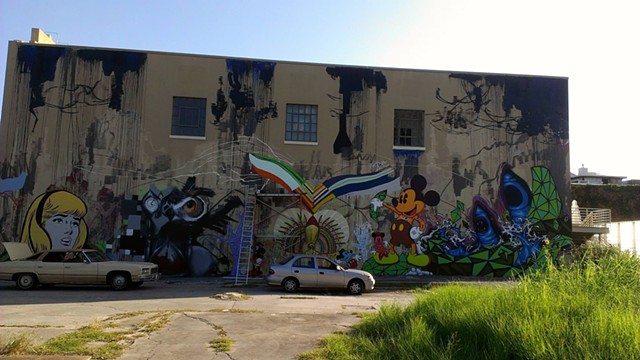